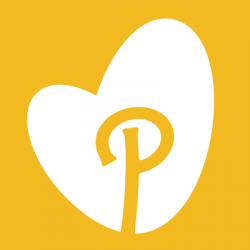 Pip’s Island is a pioneer in the children’s multi-channel media sector, striving to disrupt the static industry and become the leader in children’s immersive entertainment. Pip’s Island is building the first children’s company to seamlessly deploy a comprehensive original narrative over digital, broadcast, and live events from its inception.

The 2016 event, featuring a bespoke 15,000 square-foot environment, was not only a smash among the 10,000+ adventurers who clamored for limited tickets, but also a critical success, garnering praise from The New York Times, ABC 7 Eyewitness News, and Mommy Poppins.

The show is a 60-minute live and interactive narrative that adventures its way through a dozen unique, hand-crafted environments. Over the course of the event, children earn five Spark badges by completing activities and puzzles that have been developed by the show’s writers, designers, and childhood development experts.

Our mission is to build worlds, both real and , where children can harness their supreme inner power; their spark. We are revolutionizing family entertainment with uniquely empowering play experiences that transcend the physical and digital worlds.

Email me jobs from Pip's Island